Since announcing our new relationship with the Maria Fareri Children’s Hospital at Westchester Medical Center, it’s been a busy couple of weeks. On November 6th, Charles Fazzino’s official artwork celebrating the hospital’s 10th Birthday was unveiled by Westchester Medical Center CEO Michael Israel and Physician-in-Chief Dr. Michael Gewitz at the annual Wines of the World fundraising event. Attendees were able to taste an exclusive selection of wines from around the world and complement them with some tasty food offerings. The spirited celebration was punctuated by an emotional on-stage program and a competitive silent auction that raised thousands of dollars for development initiatives including a new expansive outdoor playground. The playground will enhance every patient’s experience while he or she is in the hospital struggling with a life-threatening illness or injury. Maria Fareri Children’s Hospital Art Therapist Gabrielle Bellettieri was on hand to introduce visitors to the art collection, and well-known radio deejay Jimi Fink was the Master of Ceremonies for the evening and he did a marvelous job of keeping everyone focused on the mission for the evening. 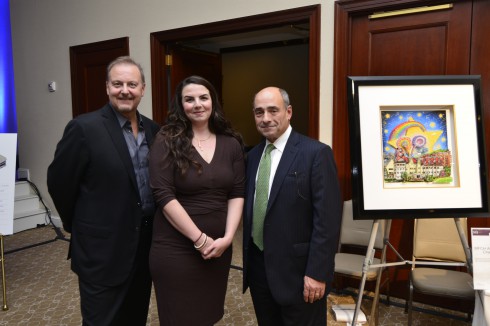 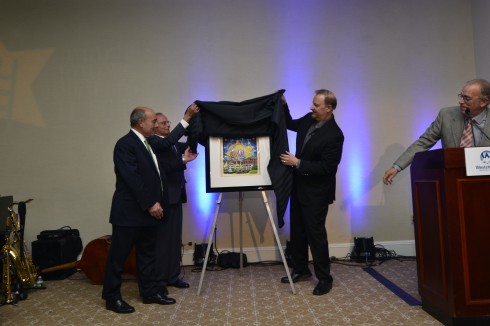 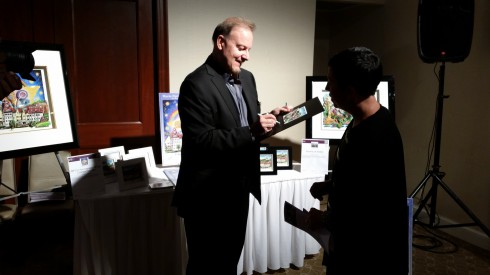 Earlier this week, Fazzino also spent some time at the hospital with Mike and Kacey from 100.7 WHUD radio during the annual Children’s Miracle Network Radiothon to Benefit Maria Fareri Children’s Hospital. He unveiled the Legacy Project and worked with some of the patients in the hospital to start coloring it in. The kids were mesmerized by the drawing and seemed to forget about their illnesses for a little while. “That’s the goal,” said Charles Fazzino. “If we can distract a child for even a few minutes….give her something else to think about and focus on than her illness…then we have done our job.” The Legacy project will be ongoing and will involve the Fazzino Fazzino team providing the hospital’s art therapy program with a mural-sized piece of line art from the Fazzino collection. 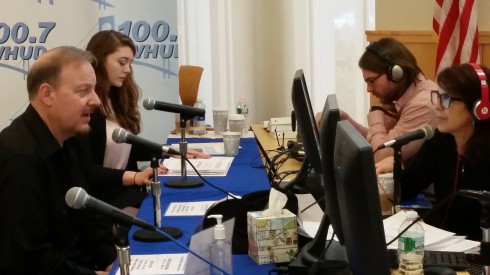 On the Radio with WHUD’s Mike and Kacey 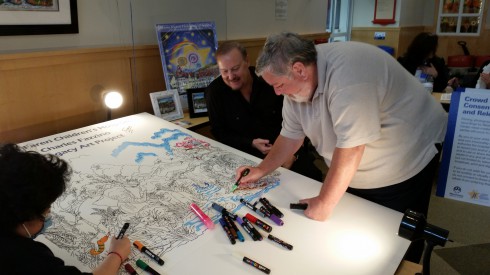 WHUD’s Mike Bennett Tries his Hand at the Legacy Project 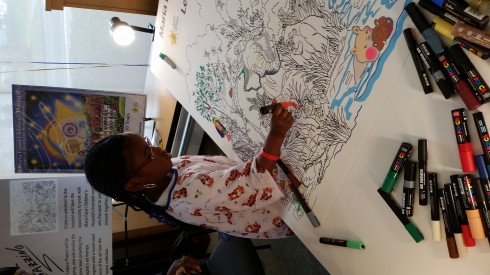 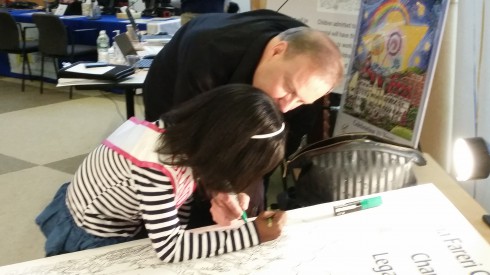 This entry was posted in maria fareri children's hospital