This month, Charles Fazzino returns to his roots and releases a whimsical and fun rendering of the Lower East Side of New York City.

While still a student at the School of Visual Arts, Charles Fazzino began painting the restaurants and Deli’s on the Lower East Side of Manhattan. These were his first NYC creations and they were very popular with the locals. The New York City collection has obviously expanded in scope since that time, but Fazzino seems to return to this theme again and again. In this latest release, we find the always-present Katz’s Deli along with the dancing hot dog and bagel, and some unusual characters like Spiderman and the Fidler on the Roof. “I haven’t really done a piece like this since ‘Schmaltzy Shmatteh’s to NY Bobkes’ in 2001,” commented Fazzino. “I love everything about that part of New York City… the sounds, the foods, the culture.” 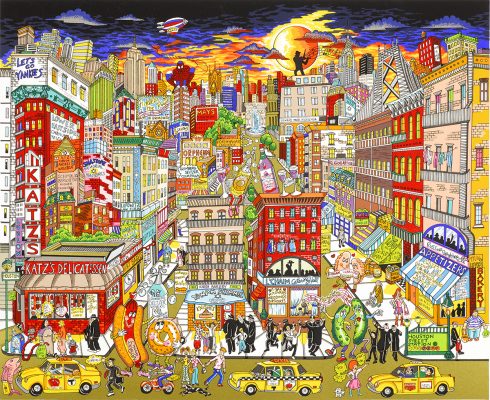 Fazzino on The Lower East Side

The Lower East Side has been a cornerstone of Fazzino’s New York City pop art collection for many years. “From Fishes to Knishes” was a very popular release in 1994, while “Schlepping on 2nd” came out in 1997. Notice the evolution in style and color palette. “Fahklumpt” makes a very dramatic statement. However, it’s also interesting to note how many of the places and buildings are the same… except of course, for the famous World Trade Center. In fact “Schmaltzy Shmatteh’s” in 1997 was the last time Fazzino included the World Trade Center in a limited edition until the release in 2014 of “Hot Town Summer in the City.” 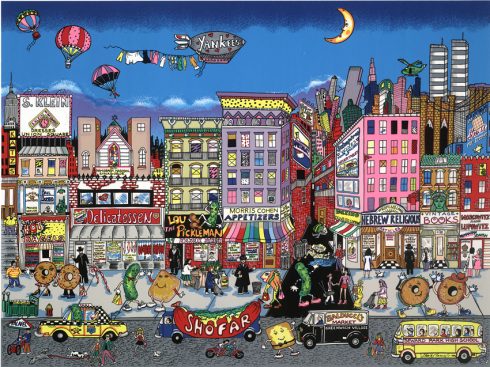 From Fishes to Knishes 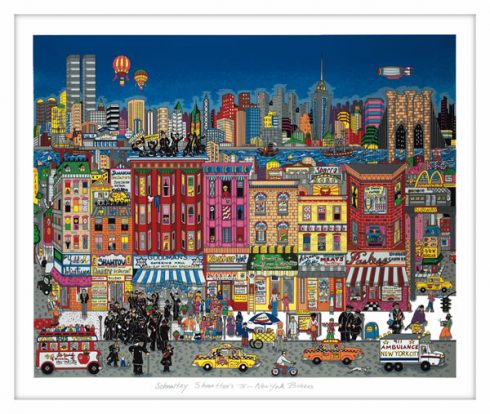 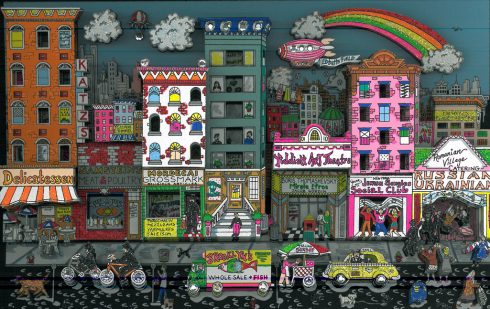 Contact your favorite authorized Fazzino gallery for purchasing information or drop us an email at info@fazzinocollectors.com. Take a look at the rest of Fazzino’s cityscape artwork which includes tributes not only to his favorite city, but also to places as far and wide as Paris, London, and San Francisco!