I’m going to be on Good Morning America on Thursday. It’s my first time on the show and it was so funny how it happened. To make a long story short, Sam Champion is doing a feature story on Ellis Island and The Statue of Liberty for the upcoming Fourth of July holiday. The producers asked me to come on both because I often create 3d pop art limited editions and original artwork based on both subjects…but even more because my grandparents came through Ellis Island and i have some good stories to share…plus i was an Ellis Island Medal of Honor recipient this year.

We had a great time filming last Thursday, but it was a long day…down at the Statue of Liberty at 8AM! I had the honor of meeting Sam…and of meeting Alex Harris and his wife Judy. Now, Alex is just an incredible human being. He personally came through Ellis Island in his early twenties after having served time in a Russian prison. His story is just unbelievable and i was honored to spend time with him.

I showed Sam some of my artwork and some photographs of my grandparents from way back when…but the story and item that everyone seemed most interested in was the lock my grandmother had when she came to this country. She was 13 years old and on her way here, by herself, from Sicily. It was 1903. She had NOTHING to her name but a ripped up sack with a few items of clothes that was taped to hold it together. Her brother was a locksmith in Sicily and had nothing to give her for her journey EXCEPT for a huge skeleton key lock.  He told her to use it to lock her door at night so she wouldn’t be attacked…and to use it to lock up her belongings during the day so she wouldn’t be robbed in the New World. That lock was handed down to my parents who then gave it to me. I have it framed in my living room with a tribute to grandma Josephine….They may show it on GMA on Thursday. I plan to hand it down to my daughter…along with all of the stories.

It’s easy to forget where we come from sometimes. But last Thursday, i was certainly reminded of the sacrifices that so many made just to get here…to live here…to be free here. It’s something pretty special. I wish you all a Happy Fourth of July holiday! 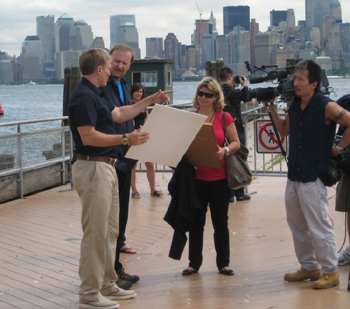 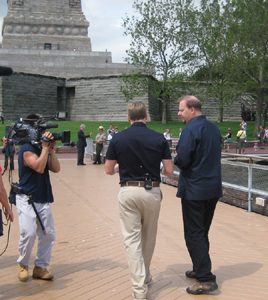 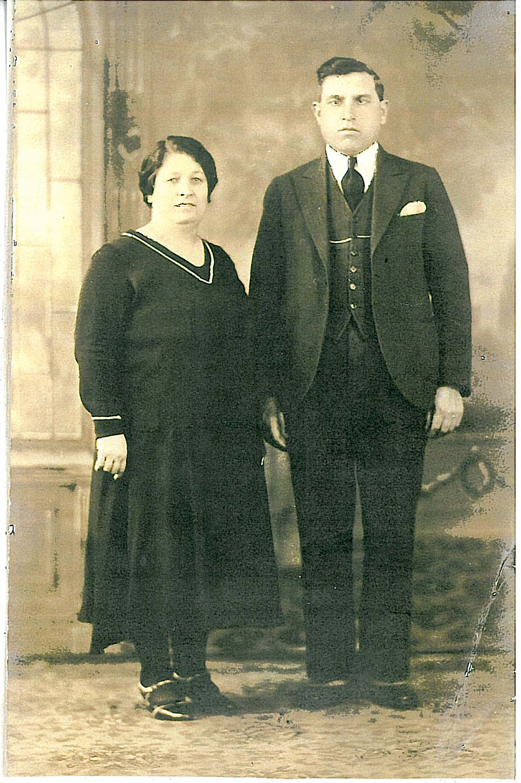