Arts Fest and EXPRESSIONS Both Huge Hits for Fazzino

So another year of Arts Fest has come and gone and it was just spectacular. More than 500 people came through Fazzino’s studios, took the behind-the-scenes tour, spent some time with Charles Fazzino, and enjoyed a gallery full of new and wonderful works by the Master of 3D Pop Art. New releases such as “Let’s Go Fly a Kite…San Francisco,” “It’s a Small World,” and “A Daily Dose of Dental Hyjinx” were on display, along with some recent favorites such as “Illusions of NYC,” “Hot Town, Summer in the City…1970’s NYC,” and “The Girl’s Gone Shopping.” Attendees were given the chance to try their hands at making a Fazzino artwork 3D, and Charles Fazzino signed copies of his newest book “O Beautiful for Spacious Skies.” We’re already looking forward to next year and hope to see everyone at ARTSFEST 2015!! 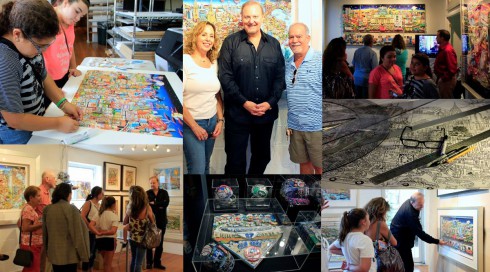 Two nights later, we hosted the second annual EXPRESSIONS Art Show to benefit CHOICE of NY. New Rochelle Mayor Noam Bramson, Charles Fazzino, the Tats Cru, and Mike Sabath were among the special guests in attendance. WFAS’s Bob Marrone was our masterful emcee. The Tats Cru painted live right out in the middle of the street and the three amazing original paintings they created will soon be available for auction on Charitybuzz.com to benefit CHOICE. Stay tuned for that. The incredible Mike Sabath debuted his new song, “Superheroes” which was inspired by and written in collaboration with the clients of CHOICE. Charles Fazzino’s staff gave VIP studio tours and our honoree Ashley Brody, the Associate Executive Director of Search for Change gave a moving and inspirational speech. Everyone in attendance helped us BREAK DOWN THE WALL OF ISOLATION by purchasing bricks from the wall and using them to claim some of the beautiful client artwork on display. We helped raise thousands of dollars for some of the most deserving yet underserved citizens in our community and we’re proud of that. If you couldn’t make it this year, we certainly hope you’ll join us next year! 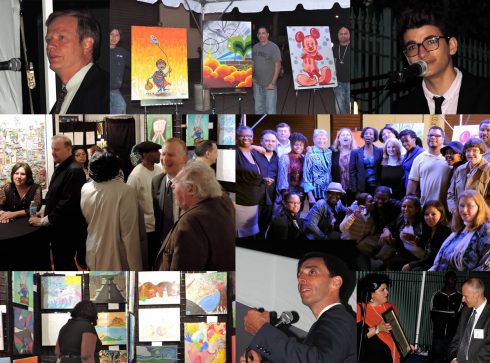