Downtown Dogs in Stamford: The Latest Fazzino and Fazzino Collaboration 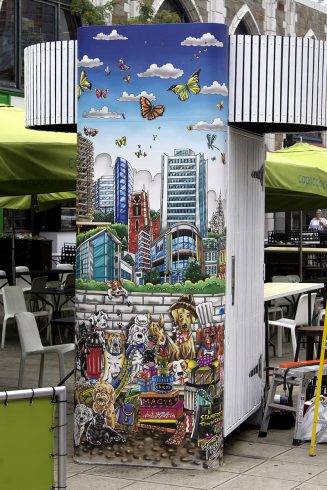 The love affair between the city of Stamford, Connecticut and the Fazzino’s continued this summer. Earlier this year, the Stamford Downtown organization approached the artist and asked him to decorate one of the informational kiosk structures in the city. Together with his daughter Heather, Charles began a creative process that resulted in …. “Downtown Dogs in Stamford,” a collaborative effort.

“I have enjoyed working with my daughter,” said Charles Fazzino. “When Stamford came to me with this idea, i thought it was a perfect opportunity to meld Heather’s dogs with my cityscape backdrop into a piece of artwork that would brighten up the surroundings and draw some attention to Stamford and all of its beautification efforts. It took us a few months to get it realized, but it was fun to be with Heather and put on the final touches together.”

Where is the Kiosk Located?

The Kiosk is located at 189 Bedford Street in front of Cappriccio’s Cafe. So if you’re in town…..check it out! 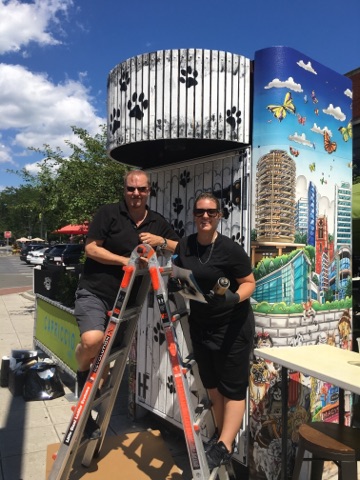 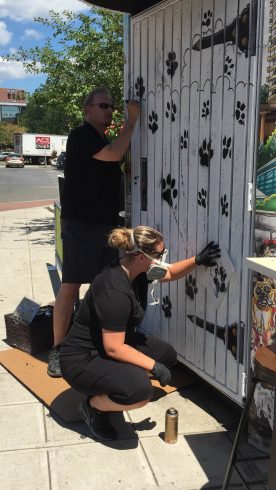